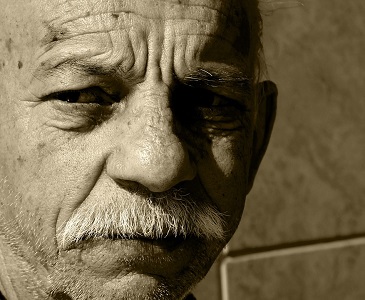 The “Grey Zone” Of Citizenship in Canada

Country of origin and citizenship are topics frequently debated in politics. Canada in particular has had many amendments to the Canadian Citizenship Act over the years. A recent petition to end “birth tourism” in Canada is again opening up the conversation about Canadian citizenship and how it is obtained. This petition is being introduced in the House of Commons and seeks to bar non-resident births from having access to citizenship. However, the petition is still in favour of allowing access to citizenship for children born in Canada, so long as at least one parent is a permanent resident or citizen of the country.

It seems relatively simple at first glance: if one of your parents is Canadian and you yourself are born in Canada, you should be granted Canadian citizenship. However, Kyle Lopez, a cyber-security expert, has come forward saying it is not so easy. The Atlanta, Georgia resident is on hold from starting a job at Simon Fraser University because of a bureaucratic loophole denying him the ability to prove his Canadian citizenship. Both his grandmother and his father held Canadian citizenship, and Lopez freely and frequently crosses the border between the U.S. and Canada as a ‘non-resident Canadian,’ yet he holds no rights associated with citizenship, including his right to accept a job at SFU. And he is not alone—thousands of people have fallen through the cracks of Canadian immigration and are now in a citizenship “grey zone.”

Every time Lopez has sought citizenship in Canada, he has been told he appears to be Canadian, but that it’s a grey area—officials’ hands are tied when it comes to recognizing any access to citizenship. Policies were overhauled in 2009 and 2015 to restore citizenship to other so-called “Lost Canadians;” anyone who deserves status but doesn’t know how to access it can contact an immigration lawyer in Canada. On a case-by-case basis, the government is able to grant citizenship when someone is encountering undue hardship. Despite this, even some people living in Canada must go through the full immigration process before they can access citizenship.

Both the current Liberal government and the previous federal government have promised changes to help Canadians in citizenship “limbo.” Depending on their country of origin and the conditions of their birth, some of these individuals may find themselves stateless. Donovan McGlaughlin, a First Nations man living in the Yukon, was hidden from the Canadian government by his parents as a way to keep him out of the residential school system. He has lived his entire life stateless as a result.

There are many anomalies that occur in law surrounding citizenship in Canada. Expert legal advice is always beneficial, especially when navigating the many amendments that have been made to the Citizenship Act of 1947. Considering how old this legislation is, some people are calling for an overhaul rather than continuing to amend the Citizenship Act every time a problem crops up. While immigration lawyers continue to share their expertise on the Canadian Citizenship Act, they, along with other advocates, will continue demanding change so no one in Canada is left stateless.