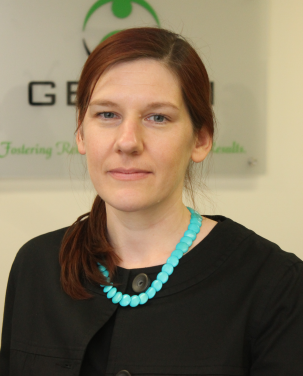 Melissa was called to the Bar of Ontario in June of 2018. She earned her common law degree (JD) from the University of Ottawa in 2017 and also holds a Master of Arts in Globalization Studies and a Bachelor of Arts (Honours B.A.) in Cultural Studies and Critical Theory & Psychology, both from McMaster University.

Melissa completed her Articling with Gerami Law PC between July 2017 and May 2018 and she is thrilled to continue working at Gerami Law PC as a Barrister-at-Law.

Melissa’s passion for immigration was first sparked when she worked as an Operations Department Assistant with the International Catholic Migration Commission in Geneva, Switzerland. Melissa has since worked for a variety of other immigration organizations, including with South Ottawa Community Legal Services as an Immigration Student while completing her JD.

Outside of work, Melissa enjoys trying out new vegan and vegetarian recipes, spending quality time with her partner and feline friend, Doodle. Melissa is an avid commuter cyclist and aspires to explore more of the Ottawa Valley by bike.